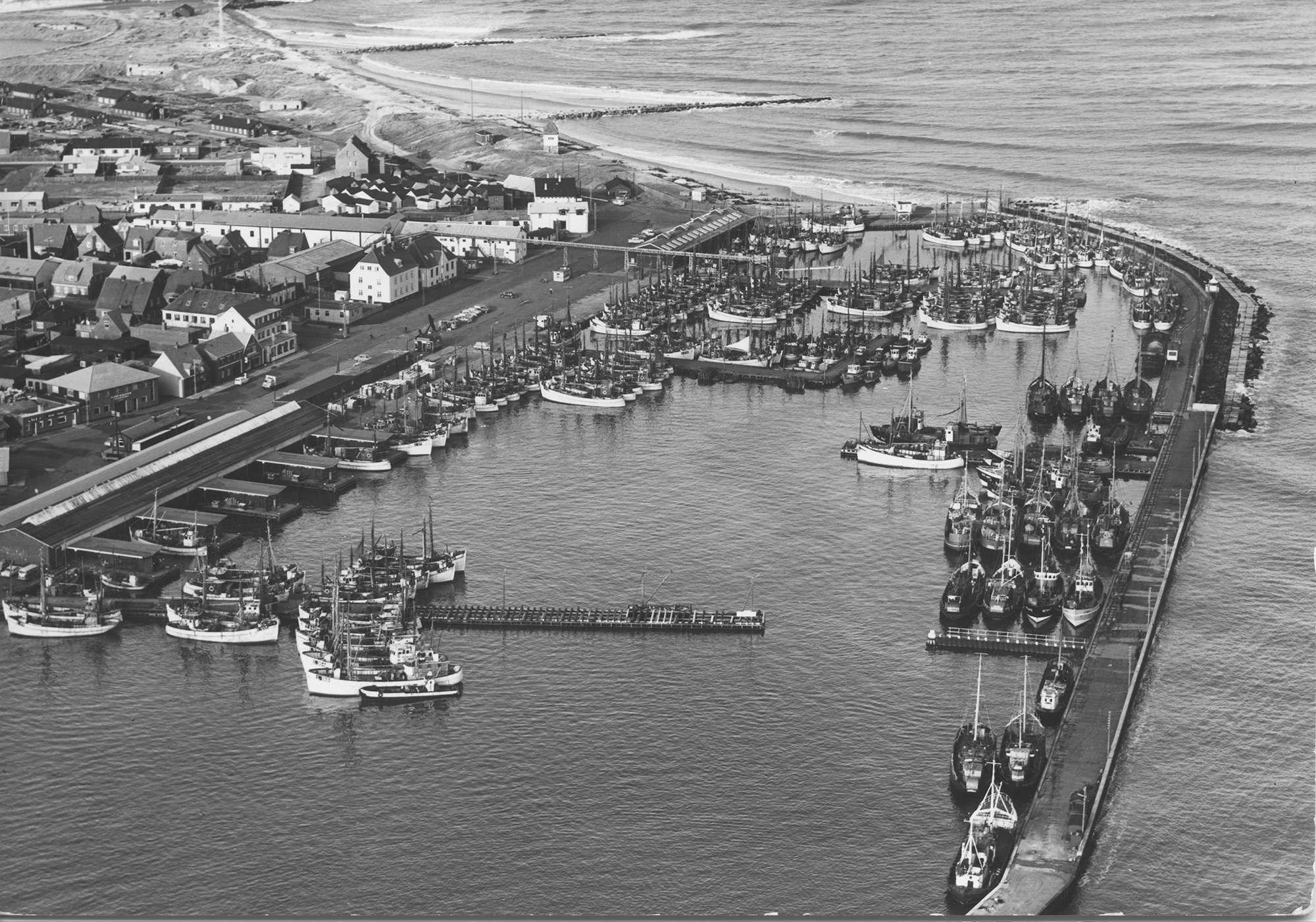 1825 – Agger Tange is breached during a storm – the Liim Fiord changes from fresh water to salt water. All fish in the fiord die due to the salt water which enters the fiord following the breach of Agger Tange. This was a disaster for the local population, who lived under harsh conditions and supplemented the agricultural harvest by catching freshwater fish in the Liim Fiord.

After many years of perseverance and community efforts, the decision was made to build a port in Thyboron.

Port construction, which was passed into law on 29 May 1914, was delayed by World War I, with high prices and shortages of labour and materials. But the port was ready for use on 1 August 1917.

This early experience of great things being achieved through persistence and joint effort has created a unique team spirit in Thyboron, which remains to this day. Thyboron’s unique DNA was created by its history.

Entrepreneurial spirit
Thyboron is situated at the point in Denmark that lies furthest from Copenhagen. Entrepreneurship, perseverance and cooperation are the factors that bring success here.

It was unclear at the time whether a North Sea port could be built. The Port of Thyboron was the first west coast port established after Esbjerg.

Fought together for a port
The main reasons fishermen succeeded in getting a port beside the Thyboron Canal were their diligent persistence, the rapid development in fishing and the structural change to seagoing fishing, which seemed to be particularly rapid at Harboøre, due to the navigation conditions in Thyboron Canal.

The fishermen stood side-by-side and fought to get a harbour established, and it was clearly due to their tenacity that the Port of Thyboron was realised.

Fishery from the beginning

The main reasons fishermen succeeded in getting a port beside the Thyboron Canal were their diligent persistence, the rapid development in fishing and the structural change to seagoing fishing, which seemed to be particularly rapid at Harboøre, due to the navigation conditions in Thyboron Canal.

Port advances fishing
Establishment of the harbour meant that fishermen could now use larger cutters, which could not be dragged up onto the beach.

Back in 1926, two ship carpenters from Frederikshavn requested that a slipway be built in Thyboron for ship repair, due to the large number of cutters using the port.

1932 – Slipway
A slipway for ship repair was built in the harbour in 1932 after countless calls from fishermen and tradesmen. This made it considerably easier to haul the fishing cutters onto land for repair and bottom painting.

Skills developed
The maintenance and repair of fishing vessels and equipment was of great importance from the beginning. As vessels became larger and more complex, the facilities and skills needed also grew in scope and became increasingly technological in the maritime services sector.

Thyboron has always been characterised by a strong entrepreneurial culture, at every level in the port. Skilled tradesmen and technicians have made a key difference from the beginning.

Bunkering
Oil usage at the port increased in step with the fishing fleet. The first tanker and filling system came to the Port of Thyboron in 1931. This replaced the many small oil drums that had been used to supply the cutters with fuel until then.

The small bunker barges still move around the Port of Thyboron refuelling vessels to this day. They are operated by Malik Energy A/S, formerly Nordic Marine Oil A/S.

Read more about the history of maritime services

The Cheminova chemical company was established in the early 1950s at Rønland, south of the Port of Thyboron. This eventually paved the way for a new activity at the port – cargo operations.

The oil industry established the first refuelling system at the Port of Thyboron for refuelling vessels from bunker barges in 1963.

There are still oil tanks in the same area to this day.

Vejlby Grusleje moved into the Port of Thyboron in 1996. This was originally an onshore company, but in his search for new gravel deposits, Erik Abildtrup had found good prospects in the North Sea on Jyske Rev, 25-30 nautical miles northwest of Thyboron. He therefore sought a suitable area for sorting stone and gravel, and Thyboron’s location close to the sea deposits made the port an obvious base for future activities. This marked the start of cargo operations in Thyboron.

In August 1996, the Botnia sand dredger sailed to Jyske Rev to perform measurements, and subsequently landed a 550 m3 sample of gravel retrieved from the area. Vejlby Grusleje determined that the natural stone was of very high quality, and the company landed several loads from Jyske Rev in the following weeks and months. Having established the quality of the natural resources, Vejlby Grusleje changed its name to Thyborøn Nordsø Ral, and informed the port that it expected to need a considerably larger land area for gravel operations in the future.

Meanwhile, the port received another enquiry of a similar nature. Kroghs Stensiloer A/S from Fjerritslev requested to lease land for the import of crushed rubble stone for further processing to make materials for concrete production, road construction etc., with expected imports of up to 75,000 tonnes of stone annually. Kroghs established itself at the Port of Thyboron in 1997. Both companies have their largest operations at the Port of Thyboron to this day, and the volume of goods has steadily increased.

The first test wind turbine was installed at the Port of Thyboron in 2012, when Envision Energy installed its famous 2-blade turbine. This could be seen at the port until 2019, when testing of the new wind turbine technology was completed. The industry’s first superconducting generator was tested on the same wind turbine in 2018.

The Port of Thyboron has an ideal location in relation to offshore wind farms in Nissum Bredning and the North Sea, which has exceptional average wind speeds.

With the opening of the new heavy-lift quay facilities in 2016, the port is well positioned to handle the new offshore activities that the new wind farms in the North Sea (Vesterhav Nord/Syd, Thor and the world’s first energy island) are expected to bring.

With the installation of the Nissum Bredning offshore wind farm in 2017, a new type of customer moved in. The entire installation was carried out from the Port of Thyboron. Seabed surveys were conducted and foundations, TPs, wind turbines and submarine cables were installed from the port. Operation and maintenance (O&M) have also been conducted from the Port of Thyboron since then.

The project quay facilities at Thyboron give the offshore industry unique working conditions, with safe navigation in all weather conditions, ample space for handling primary components and an undisrupted, dedicated project area at the port.

The port had been fully renovated by the beginning of the 2020s.

New quayside unloading facilities had been built for industrial fishing, with high capacity and easy access to services and supplies.

The old harbour basin, Vestre Inderhavn, had been renovated for newbuildings and maritime services.

The fish auction, which had evolved into an online auction with customers throughout the EU, was also up to date, having doubled its capacity in 2017.

The entire central port was thus completely renovated and all the port’s customer segments had excellent working conditions.

ISO certified
The Port of Thyboron became ISO-certified for the quality it delivers as well as its environmental and occupational health and safety standards in 2020. This took the port to a whole new level, and has allowed it to support large customers in all port segments in relation to environmental and quality assurance parameters – and it now has an ISO certification to prove it.

Major port expansion
With the deepening of the entrance to the port in Thyboron Canal in 2021, the Port of Thyboron undertook its largest port expansion ever.

The new water depth of 10 metres had become necessary to keep up with the growing size of vessels for industrial fishing, the cargo sector and the offshore wind energy industry, and the port had been working hard for more than 10 years to achieve this goal.

The extra port land in Sydhavnen was added to support the cargo sector’s growing interest in the Port of Thyboron, and so that the marine rubble companies could be offered the opportunity to expand their available land for handling and sorting gravel.

The Port of Thyboron has its roots in fishing. Without the persistence of the fishermen and their long struggle for a harbour over 100 years ago, it is difficult to imagine there being a port in Thyboron today. 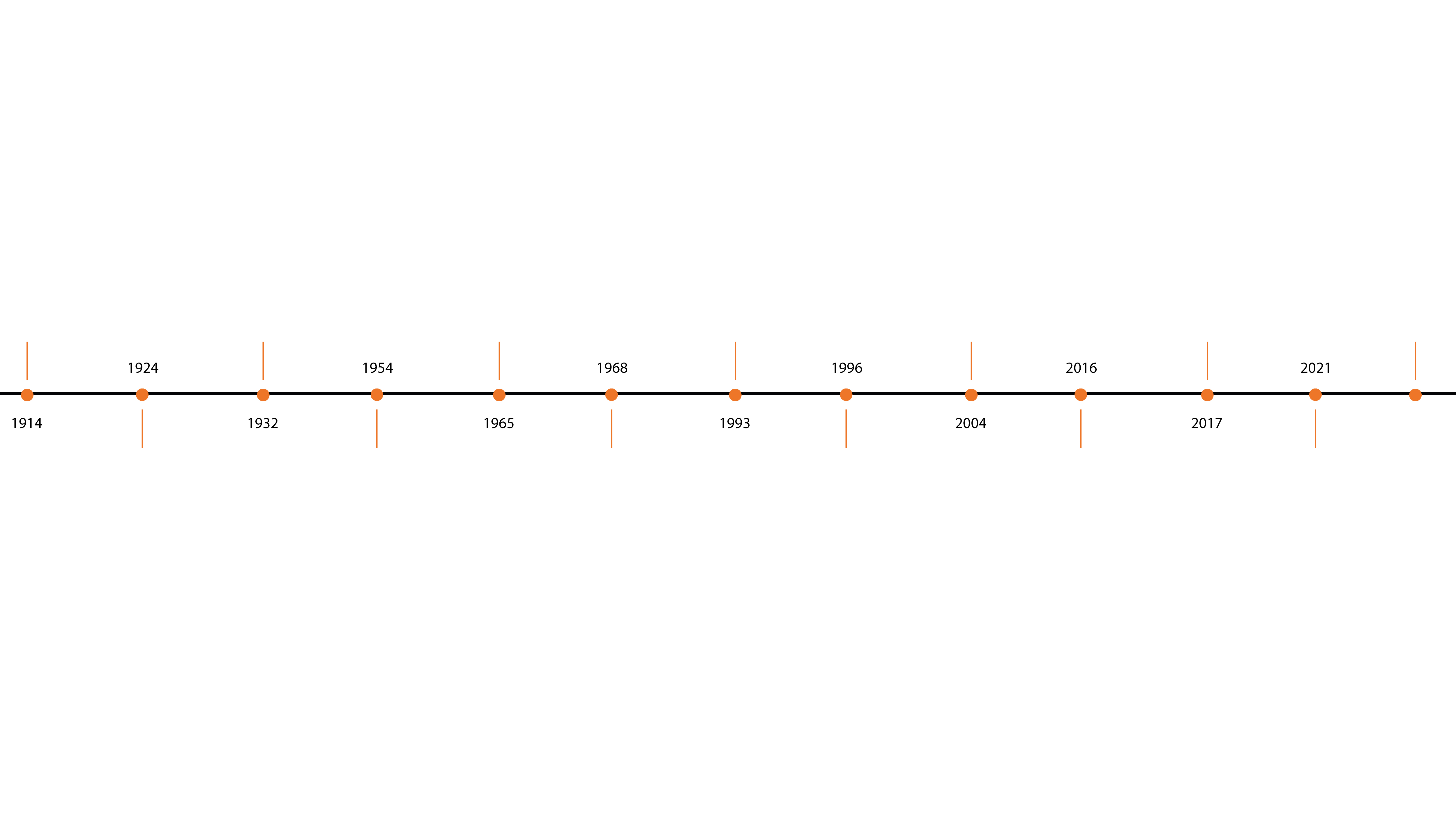